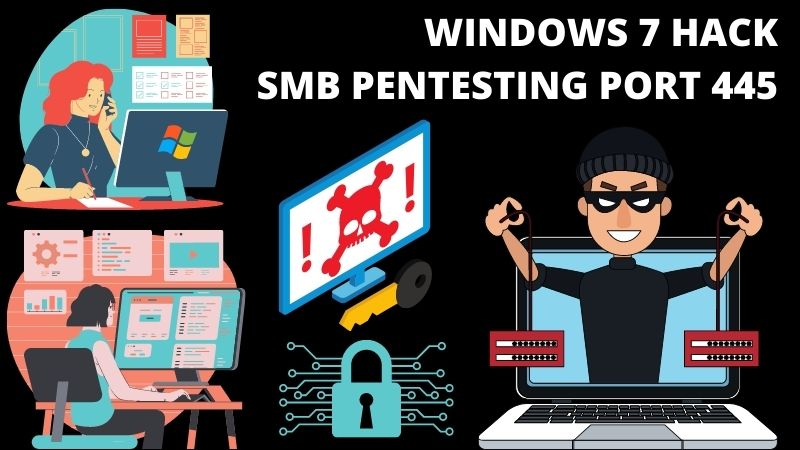 Fun Fact: Fascinated with the term “hack”? Hacking means making things easy but in today`s digital world, people use this term in a wrong manner.

A Framework tool that automates the tasks involved in hacking or I should say Penetration testing. Preinstalled in Kali Linux. Most information security professionals prefer writing their own scripts.

Server Message Block, A protocol running on the application layer allows us to share files between two OS within the network. SMB uses a client-server architecture to share files or even printers. Also known as Common Internet File System. SMB uses ports 139 and 445. We will be using port 445 for our SMB Pentesting

The IP address & port we choose to enter on the target machine.

Taking into consideration the approach to hack a particular machine we follow these steps:

So basically we as hackers or even pen tester try to not just exploit using payloads like many script-kiddie but enumerate the victim machine and gather as much info as possible.

Although its up to you. If you want to scan all ports for vulnerabilities you can also use

Congrats, you are now a pro hacker.

Fun Fact: A hacker group named shadow brokers leaked this in 2017. NSA used eternalblue to spy on other countries and even Microsoft was unaware of this for around 5 years

Simple, update your operating systems to the latest version as Microsoft patched the vulnerability. Also keep all your software, utilities and applications updated